All relevant approvals have now been granted and the Shire is rapidly progressing design and construction of the new fields and clubroom building (as separate projects). All 3 fields will run North-South orientation as recommended for international pitches to minimize glare from a setting sun. It is expected works will commence on the fields in July 2017, with the fields ready for use at the start of the 2018 hockey season.

Based on the architects advice the Shire has agreed to demolish the existing Pony Club building and tender for a new building to become the KDHC clubrooms.  The building construction program is intended to commence in August 2017, starting with demolition of  the old building. The new building is positioned north south alongside Field No 1 at the eastern end of the facility.

Design of the new fields and clubroom building has considered the future prospect of turf fields, with areas, setbacks, orientation and underground services designed to allow the grass fields to be converted to turf pitches cost effectively.

A copy of the facility plans will be on display on the notice board and we encourage everyone to stop past the clubrooms to have a look.

Work by the relocation committee, Shire of Kalamunda and consultants is ongoing.  An architect has been assigned and is working on the best way forward with the existing facilities, within the constraints of the budget of SoK’s Hartfield Park redevelopment plan. It is possible a relocation to 3 new grass fields may occur some time in 2017.  Fundraising will be required for upgrades to facilities.

The clearance approvals have been granted, although the Pony Club are still awaiting an Aboriginal Assessment & clearance permission for their new site.  This is positive news for KDHC and the club is progressing with drawings and models for the new club room.

Plans for various aspects for the relocation are being drafted by the turf sub-committee:

The Club is still waiting for news from the Shire that clearance permits are approved. An in-depth environmental report is in the process of being presented by independent consultants. The current plan is that once clearance approvals are granted the Shire will work with the Club to provide a “like-for-like” facilities – including clubrooms, grass turfs and 2 training goals with lighting for night training.  The existing Pony Club building will be refurbished with a kitchen and function area, plus new changeroom and storage facilities to make it suitable for our club.

The Club is still ambitious that we will be able to upgrade to an artificial turf, with outside funding, during the relocation project.  After the first turf is in the Club aims to progress to installing lighting for night games and building a new professional clubroom complex.  The KDHC Turf Sub-committee has been very busy negotiating with the Shire and designers to achieve the best possible outcome for the Club.  However, due to time constraints of the project the upgrades will not be able to happen with the initial move.  The new layout will be planned such that upgrades are possible in future with minimum issue.

The Shire of Kalamunda are still awaiting clearance approvals for the re-location to the nearby Pony Club site.  Once approved, the KDHC Turf sub-committee will be able to start the serious planning for building new turfs and club rooms.  The valued support of all players and club associates will be important for the successful outcome we all desire. 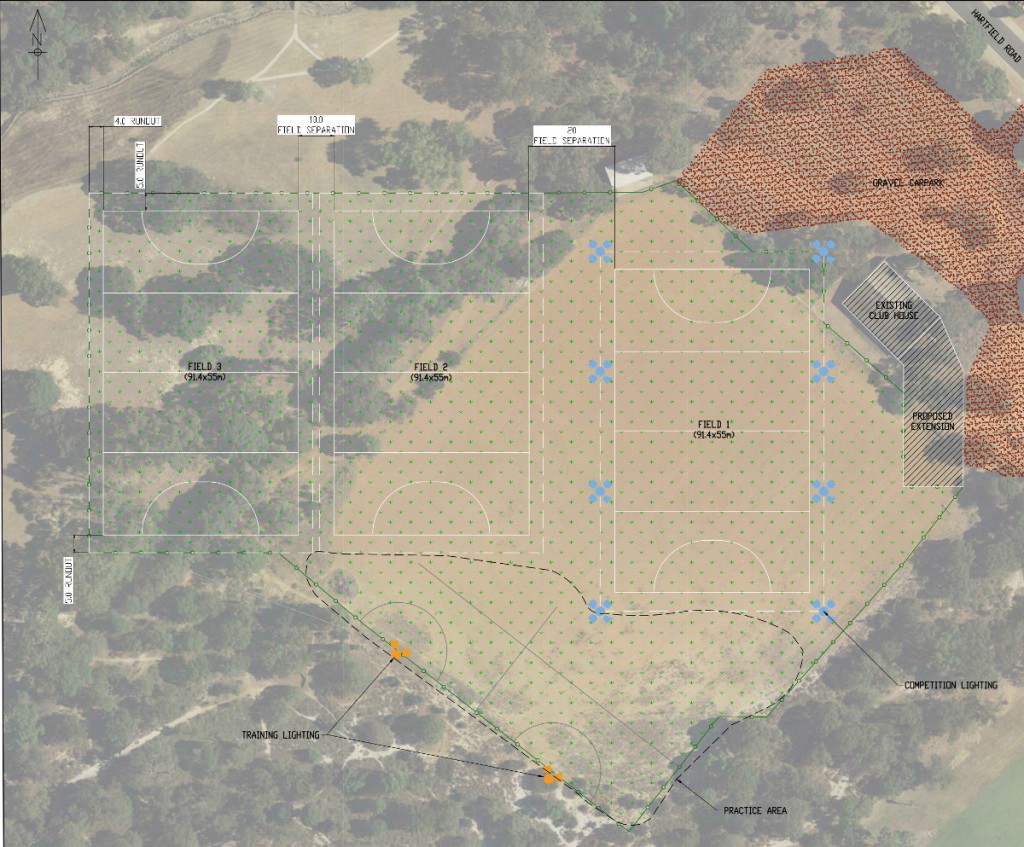 Please use the feedback page if you would like to make any comment or have any questions.