Who is the greatest player to ever represent Kalamunda?

Those with long memories speak highly of the skills of Alex Fewings and Derek Worsey in the 70’s.  In the 80’s both Andrew Scanlon and Chris Tyrie went on the play Classic League at Melville and Vic Park, respectively, in between playing stints at Kalamunda.  Ron Glew was probably past his absolute best by the time he joined Kalamunda in 1992, but was a dominant force through the remainder of the decade, even when technically a Veteran.  Mark Lewis was a less obvious star, but would get many votes from his goalkeepers.  And its argued that Glen Ryan, with two Fairest & Bests trophies for our top side while still a junior, could’ve been anything if the attractions of the south-west lifestyle hadn’t dragged him away.

While there will never be an undisputed answer to this question, few would argue that David Newton must be near the top of any list.  Others may have been blessed with more skill or flair, but few have fully used such talents as consistently as Dave, who was a fixture in Kalamunda’s top sides from 1977 through to the early 90’s.  He tried to “retire” to the seconds at various stages in the late 80’s, but even then his position as the club’s leading full-back was rarely in doubt.

What clearly distinguished Dave from other players was the force of his personality and his physical presence on the hockey field.  It was never an option for Dave to give less than 100% on a hockey field, and leading by example he dragged others up to his level of commitment.  He effectively became an icon for the club – opposition teams that saw they were due to play Kalamunda would instantly recall Dave’s height, strength, booming voice and steely glare.  Opponents (and umpires) intimidated by this would forget that Dave had an amazing natural eye for the ball and reverse stick skills, and the vast majority of his tackles were perfectly executed.  His control was exceptional for such a large man, while a number of goalkeepers were made to look good by Dave’s clean trapping of powerful short corner shots.

A serious back injury stopped Dave’s playing career while he was still a major contributor at 2B level.  He returned more than a year later to play Veterans B, but was soon forced to retire permanently.  However, he maintains an involvement in the game through umpiring, predominantly at 2A and 1B level.  In view of the frustration he felt with umpires over the years, its ironical that he’s one of the favourites amongst players in those grades, where he often receives the back-handed compliment: “You were an absolute #$@%! to play against, but you’re a great umpire.” 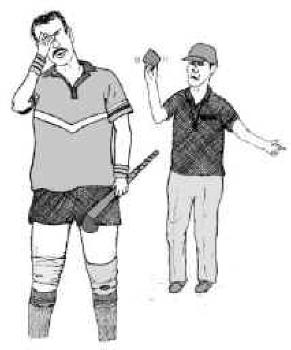 In 1996 the club chose to recognise Dave’s contribution by initiating the David Newton Club Champion Honour Board.  Each year, the senior players, male and female, who are chosen as the most outstanding players representing the club within each association are now entered onto this board.  Those selected to date are listed below.

At Kalamunda the “Best Club Person” (Best Club Man back in the 70’s and early 80’s) is awarded to a member, typically still an active player, who has made a great contribution to the club both on and off the field.  Since 1989 this person has been acknowledged on the David Scanlon Memorial Shield, initiated to honour the memory of the man who was the embodiment of club spirit. 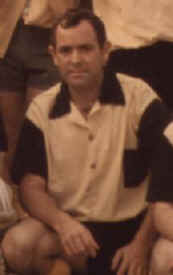 (awarded in 1988 for outstanding service to hockey in this state)

David Scanlon began his playing career with Fremantle as a junior and also played as a senior in their first XI.  He joined the young Kalamunda Hockey Club in 1969, and remained associated with the club as a player, coach (junior and senior), committee member, president or junior coordinator up to his death in 1988.  He was a playing coach in the undefeated B1 Green Premiership side of 1971 (the club’s first Premiership) and also won his first Best Club Man award.  Despite a long playing career, he is best remembered for his outstanding organisational skills and wonderful rapport with juniors.  In the early 1980’s, while the club’s senior playing strength was at a low ebb, David’s efforts greatly expanded our junior base, generating a number of quality players, may of which are still playing at a high level today.  He was not only good at passing on knowledge of hockey to juniors, but sharing with them his love for the game.  He also represented Kalamunda on the WAHA Junior Committee, which he chaired for four years.

David had long had the ambition of building clubrooms to give the club a proper home and a sense of permanency.  He became the driving force in fund raising as well as in gaining support from the Kalamunda Shire and the Department of Sport & Recreation.  Construction began in 1986, with an official opening in 1987.  The club had no hesitation in naming the building the “David Scanlon Pavilion”.

Its hard to express adequately in words the influence David Scanlon had on hockey within Kalamunda and the surrounding districts.  Neil Mannolini did it as well as anyone could on the front page of the Hockey Bulletin(August 6, 1988):

Some walk tall, some ARE TALL,
some work hard, some work more,
some keep giving, never taking,
cramming more hours of honest endeavour in hours waking,

Quietly doing, no song and dance, no keeping score.

He started as a teacher, then graduated to flying high.
Yet when not jetting, he was on ground contributing.
Kalamunda Hockey Club last year named a pavilion after him,
they knew how much he did for their juniors especially.
But we all knew, and enjoyed his management skills, his talent.

Sadly we took it for granted.
Not knowingly, but in fact we did.

Today David Barnaby SCANLON is not with us,

we can’t shake his hand and say well done.

We shed a tear when we heard the news
God has called upstairs a favourite son,
he now flies the celestial crews.

Janet and family are sadder than us.
We share their grief, express our tearful sympathy;
Hockey’s gratitude in thankful chorus,
God bless you, David Scanlon.

More than a decade after his passing, Dave Scanlon is remembered by all with affection and respect, and as representing all that was good about our club.

A new award was created in 2003 for the player with the highest goal tally at the end of the season for Mens, Womens and Veterans:

Award for the Best Goal Scorer

The second new award created in 2003 was the Joe Bruers Award for the most outstanding performance by a Goalkeeper throughout the grades.